She has among the best laughs of all the Adele’s Laughing Song I’ve heard! 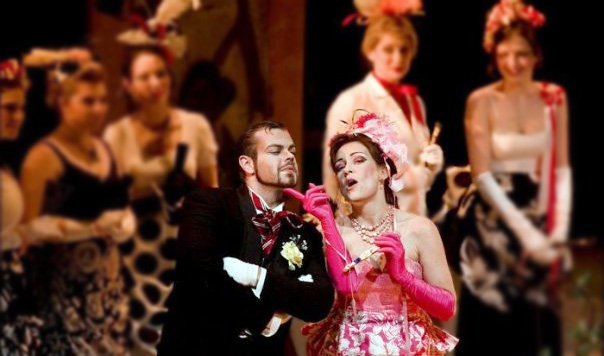 The Dutch Soprano with the Golden Voice

Vivacious, energetic and buoyant, soprano Désirée Till, captivates audiences with her engaging stage presence and her soft, warm, ethereal tone.

As a young girl Désirée Till, a native of Zurich, Switzerland, sang in church while her mother encouraged her to learn more about music. “My mother taught me my first song ‘All kinds of everything reminds me of you’ by Dana. One day she pushed me on stage at a wedding and that’s where it all got started. I remember that every night during my childhood when I went to bed, I always sung myself into sleep very loud!”

Désirée’s natural gift and love for music brought her to the Zurich Conservatory where she studied under Dorothea Galli and later Professor Jane Mengedoth. It was here Désirée found “her voice” for the first time. She continued her studies at the “Hochschule für Musik und Theater” in Bern, Switzerland where she also earned her Bachelor’s Degree in Music. Her hard work finally led her to the Zurich Opera House and to her operatic debut as Olga in Léhar’s Merry Widow conducted by Franz Welser-Möst staged by Helmut Lohner (Vienna).

“Many of my teachers inspired and influenced me artistically and technically. The way I discovered the opera world was through my performances. It showed me how to succeed with my voice, express my feelings and how to connect with the audience.”

Désirée has performed and worked with orchestras and organizations such as the Museum of the International Red Cross in Geneva (Musique et Vie), the Orchestre de Chambre de Lausanne (OCL).

Her concerts repertoire include many masterpieces and spans from baroque and classical to new interpretations of jazz standards. Other noteworthy engagements include the soprano roles of Valencienne (The Merry Widow), Arsena and Saffi (The Gypsy Baron), Annina (A night in Venice), Rosalinda and Adele (Die Fledermaus), Fiordiligi (Cosi Fan Tutte), Eurydice (Orpheus in the Underworld) and Manon (Manon by Massenet).

In 2008 Désirée Till sang the female lead as Adele (Die Fledermaus) in a production from the atelier d’opéra at the Université de Montréal with Jean-François Rivest and later that year she performed at the Toronto Summer Music Academy and Festival as Zerbinetta, in Strauss’ “Ariadne auf Naxos” conducted by Agnes Grossmann.

“I think the biggest influence for my music is life itself and to be true and honest with my own feelings. Constantly growing and trying to be aware of changes in life is the main focus while I play a role or interpret a song.”

She completed her masters in Music Interpretation 2009 at the Université de Montréal in Canada. In 2010 she created the Trio Désirée with cellist Coenraad Bloemendal, harpist Erica Goodman. Désirée’s debut recording, “Couleurs”, was released in 2013 and is a collection of French art songs, composed by Henri Duparc, Gabriel Fauré, Claude Debussy and Jean-Michel Damase.